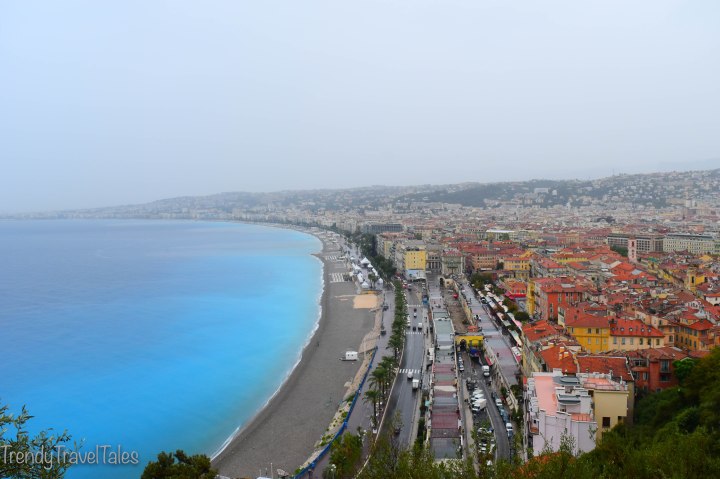 When I decided to write about my trip to the South of France (also called Cote d’Azur, a nice tongue twister to practice for those of us who aren’t fluent in French), I was thinking it would just be one nice long blogpost with a lot of pictures. When I actually started selecting the pictures, I realized I was kidding myself. I spent 4 days in the French Riviera and I have about 582 pictures (I counted them!) from that glorious city that I admitted was unfair to try and squeeze in a single blog post. So here we are, at the first post in a series through which I attempt to give a glimpse of everything that the Cote d’Azur has to offer!

I took a flight from Paris (blogpost is here!) to Nice since it was the fastest way to get there. Oh and a fun fact, Nice is not pronounced Nice, it’s pronounced Niece which was, much to my chagrin, apparently something almost everyone knew, obviously excluding me 😐 We landed in Nice at night and took a taxi from the airport to our apartment. We stayed about 10 minutes from the Old city or Vieux Nice in a quaint little airbnb(with those characteristic French windows yay!) and took the metro everyday.

My first impression as soon as I walked into the vibrant Vieux Nice was ‘Oh come on, this has to be a movie set of some sort! There’s no way an entire city can be this colorful!’. Coming from Paris, I got so used to the classic white and beige buildings accompanied by their too-pretty-to-be-real hanging gardens in the balconies that when I looked around, the splash of colors almost disoriented me. After a casual stroll, the smell of the ocean air mixed with the chatter of people walking about without a care in the world, instantly made me fall head over heels in love with this city!

We made day trips to all the small villages by the coast (coming up in the following blogposts) with Nice as our home ground. This gave us plenty of time to wander in the city and drown in its beauty and chaos. Now, I’ll let the pictures do the rest of the talking 🙂 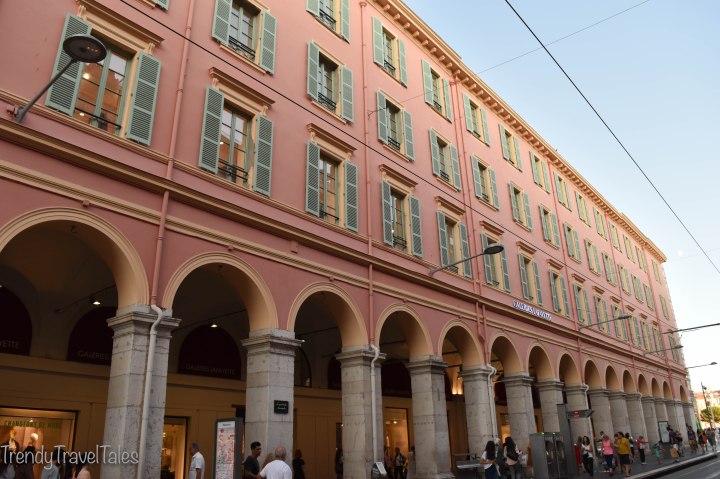 I’ll see you here on my next blogpost to the beautiful village of Eze! Stay tuned and thanks for stopping by ❤ 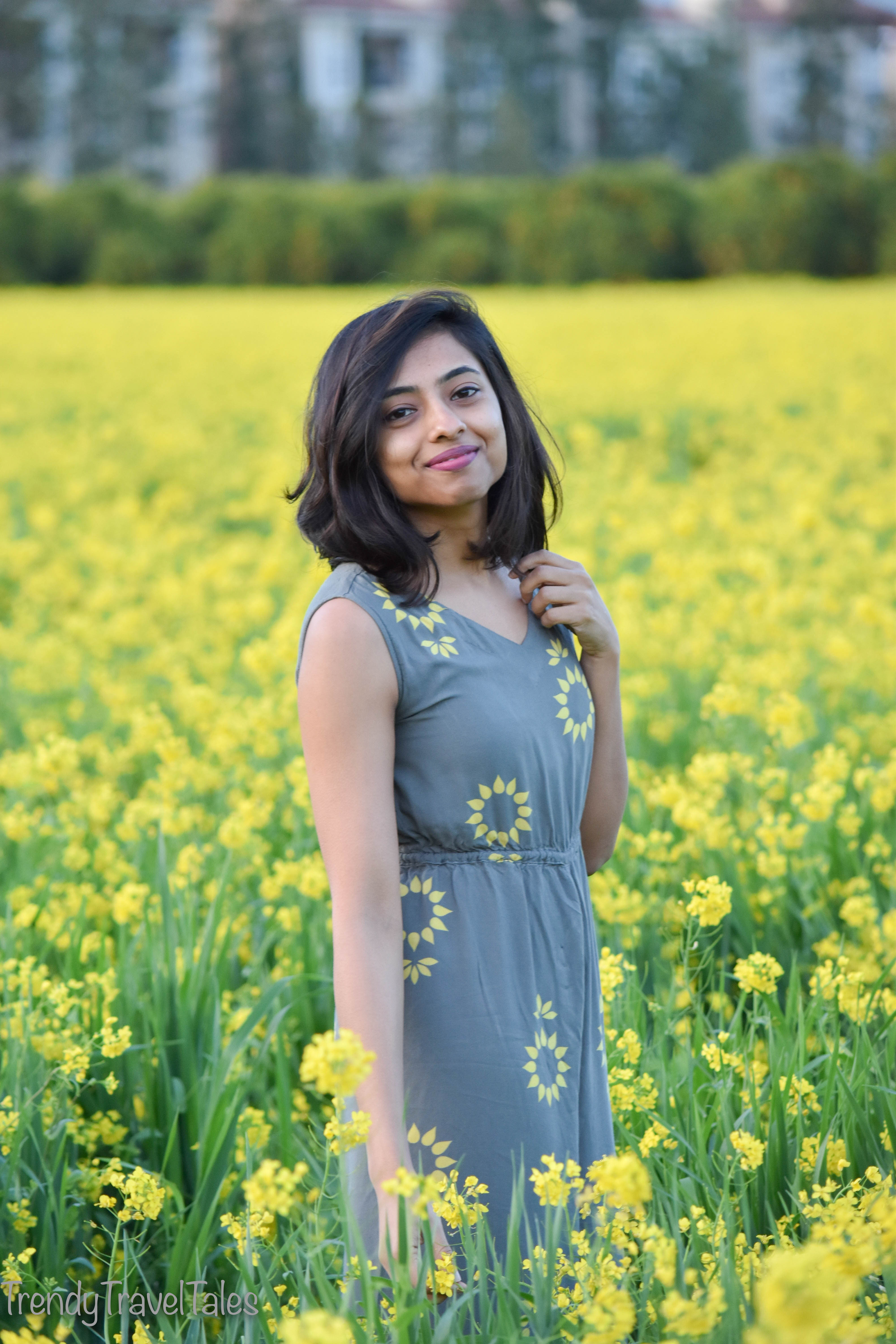 I’m an engineer by profession and an aspiring MUA-blogger-photographer at heart!😀  I’m here to share my journey with you along with my muse Soundharya ( roommie and life support system). I believe that fashion should be accessible and affordable by everyone and that’s what I’m here to show you! I’m also a travel enthusiast so I often go wandering off to explore the hidden gems in and out of Cali. So this blog will be a blend of Fashion-Beauty-Travel posts. Please feel free to share your thoughts under the comments section. Hope you enjoy reading my blog🙂